I'm so bored of animating this shot 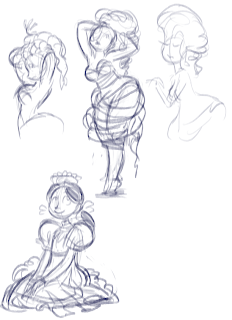 Five minute doodles drawn while listening to Regina Spektor~
Posted by Arythusa at 4:57 PM No comments:

I woke up tired, isn't it awful when that happens?? 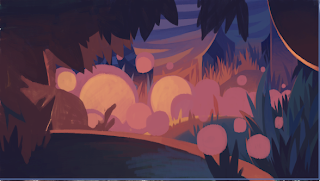 My method for creating backgrounds: draw a questionable layout, attempt to fix the composition later, cover most of it up with magical bubble lights. 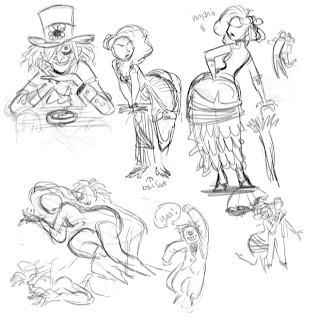 Mysteriously I got a LOT of sketching done in a very short time on Tuesday.
I had a brief period of actually knowing how to draw Lucy, which impressed me. That girl has huge hips. She is also brash and angry almost all the time, and yet she's probably one of the least aggressive women that Dr. Jekyll has ever become entangled with. As in she's not very likely to beat him up when she gets bored of him. 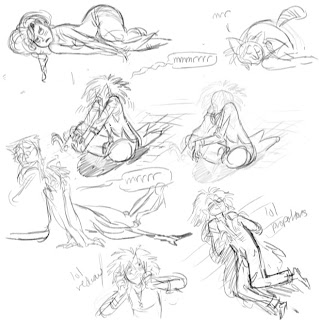 I like the kittystretch!Hyde!! Mrrrrr..... (I made other attempts to draw him cat-like but ran up against the limits of my drawing ability.) 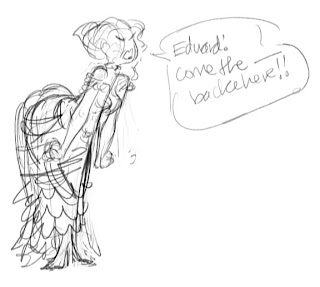 Lucy shouts a lot, which is really the only way to get Hyde to listen to you. I drew this mostly because the gesture popped into my head but also because I wanted to draw that huge bustle sticking out in the back.
Posted by Arythusa at 6:11 PM No comments: