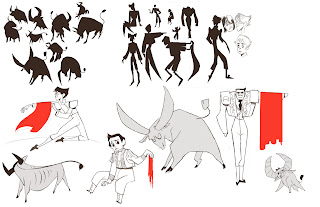 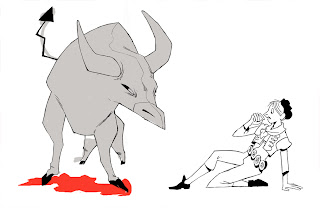 So they kicked us first-years out of Stephen Silver's class. :\ We can't even sit in. Lol.
But! They let us actually enroll in Maki's class--which is cool but kind of really painful. So far I've left that class completely exhausted.
I think we're being joined by some fancy third-years, which makes it even more exhausting. This is like "who wants to be verbally abused for three hours??" class (though I'm sure that prospect would have most of my classmates scrambling to get in).

When I refer to people as first-years and third-years, I feel like I'm at Hogwarts. If Hogwarts were designed in the '50s and could double as a hospital.
Posted by Arythusa at 9:35 PM No comments: 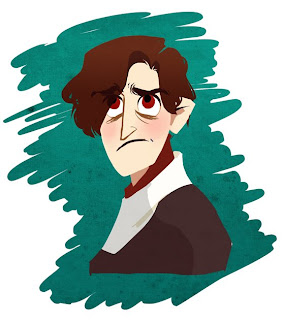 Working on expressions :D
The poor thing. He's always got something to angst about.
(But then, his noble sadness is a main attraction point for the ladies, so he doesn't need THAT much sympathy. . . .)
Posted by Arythusa at 5:43 PM No comments:

And sign-ups are over. 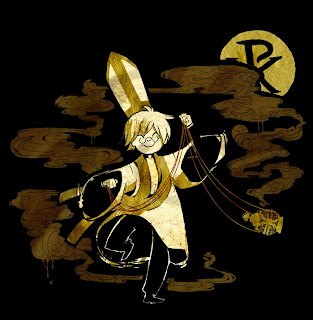 ....I get the impression I should have signed up for more animation-y classes. I was so busy avoiding critical studies that I forgot. . . . Oh well, the class I most wanted to take is during my story development class anyway. :\

This is a drawing of Chance, the priest from my first year film. :3 I didn't think of doing anything with an incense holder until after I had the story pretty much set (what kind of Catholic AM I? Incense holders are the coolest part of mass.....) but it's been occupying my mind all of break. . .
Posted by Arythusa at 7:18 PM 1 comment: