To my great surprise it would appear that I am heading up to Pixar again, this time for the art internship! I will try to get up as much new work as I can here before the summer....

Oh also I'm graduating from Calarts? I may do one of those self-indulgent "reflection on my four years" posts but I'll try to liven it up with a silly drawing, eh?
Posted by Arythusa at 10:59 AM 19 comments:


I meant to post this here several weeks ago but apparently accidentally posted it to my friends' fanart blog. 8|


I'm not too fond of making these, since I really prefer design and story to animation, but here it is!
Posted by Arythusa at 2:40 PM 3 comments: 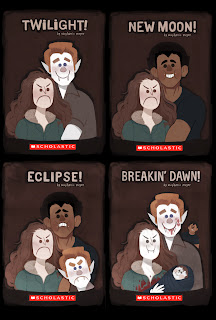 So. We got assigned to do a book cover in illustration class.

WARNING: This is a very dangerous assignment to give to a litnerd. After days agonizing over the perfect classic book I could make a compelling, symbolic, and deeply meaningful cover for, I tripped over my own geekout and fell flat on my face. Then my roommate jokingly convinced me to do Twilight so I made this dumb thing! 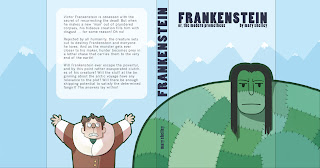 Also, this dumb thing.
Frankenstein is one of my favorite stories, as if it were not already obvious from how many different ways I adapt that dumb story!
Posted by Arythusa at 12:47 AM No comments: 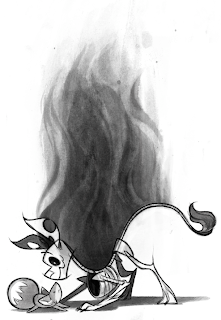 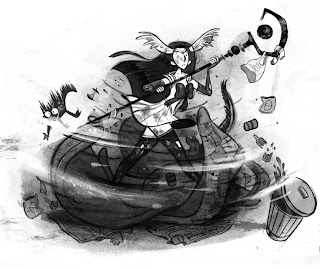 New illustration assignments based on textures.

Incorporating textures into images is actually really hard for me! XD
Posted by Arythusa at 10:34 AM 2 comments:

I uploaded part three of that silly long Jekyll and Hyde and Frankenstein story:

The Cliffs of Insanity, part III
Posted by Arythusa at 11:29 AM No comments:

Just finished a first attempt at a color script for the film! 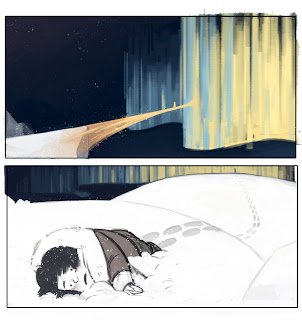 Another quick assignment, working from the ending of The Golden Compass. 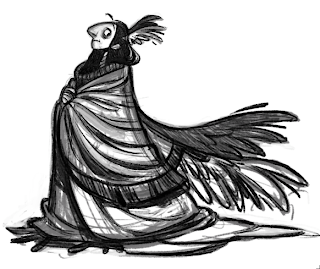 I also ended up doing a couple sketches of Megalow, an aging magical girl. Unfortunately it would appear that magical sparkle powers don't translate quite so well to real world skills--she's ended up homeless in New York City, carting around her collections of anime memorabilia in her very own shopping cart. 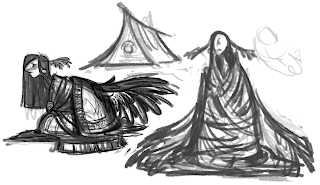 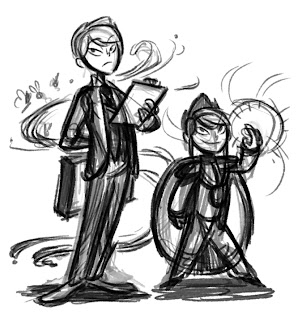 "What else have I been drawing, besides schoolwork?"
"Oh. A bunch of sloppy sketches of Haruki and friends." 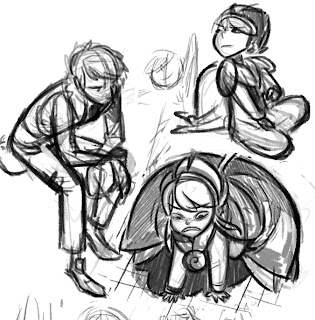